I don’t find CeBIT very interesting. I’m not really an IT geek, so for me it’s a bit of a yawn fest.

However I still like to go to the expo. Amid all the server boxes and data storage units and networking solutions and management systems, I usually find a few gems that make my attendance worthwhile. And this year was no exception.

Here are the 8 things I found most interesting…

1. Getac – These guys make “rugged” laptops and tablets that are resistant to temperature, vibration, dust and water. They remind me of Motion Computing’s Motion C5 which I saw at CeBIT a couple of years ago, but Getac’s versions even look tough.

When I quizzed the rep about the keyboard, he said that if you get mud on it, you can wash it off with a hose. Clearly these devices would be perfect for m‑learning and other computing activities in workplaces such as mines, construction sites and forests.

2. NuMaps – These guys license census data from the ABS and their DrapeBrowser software lets you overlay it on a map.

Not very exciting? Well suppose you work for a financial services company that’s introducing a retirement income product for UK expatriates. You could use DrapeBrowser to identify the suburbs in Sydney that have high concentrations of British born males who are over 65 and British born females who are over 60. Now you know where to focus your mailout campaign.

4. Interactive whiteboards – These have been around for a while, but the one I saw at the Promethean stall looked like a huge iPad.

5. Emotiv – I was super keen to see a demo of this brain/computer interface, but I was a bit disappointed. The punter who was doing the training exercise couldn’t get the little box to move on the screen. The presenter assured us that others who have trained properly can indeed move the box just by thinking about it.

The implications for the gaming industry are obvious, but given you can also move a robotic car attached to the computer, the broader potential is mind boggling. They are also working on a wireless version.

6. Australian Defence Force – Unfortunately these guys were interesting for the wrong reasons. They had brochures about becoming a soldier or a sailor or even a tradie – which is fine – but CeBIT is an expo for geeks.

How about a brochure about becoming a cyber operations officer or a geomatics engineer or a cryptologic technician?

7. Chargebar – Running out of battery is no fun. A free mobile-charging kiosk with multiple attachments is a godsend.

8. An absence of scantily clad women – You might think this is a strange one coming from a red-blooded male, but those PYTs in nothing more than a bikini were a blight on previous events.

There were, however, a rather unusual number of knockouts who happened to be dressed in business attire. I’m sure it was just a coincidence. 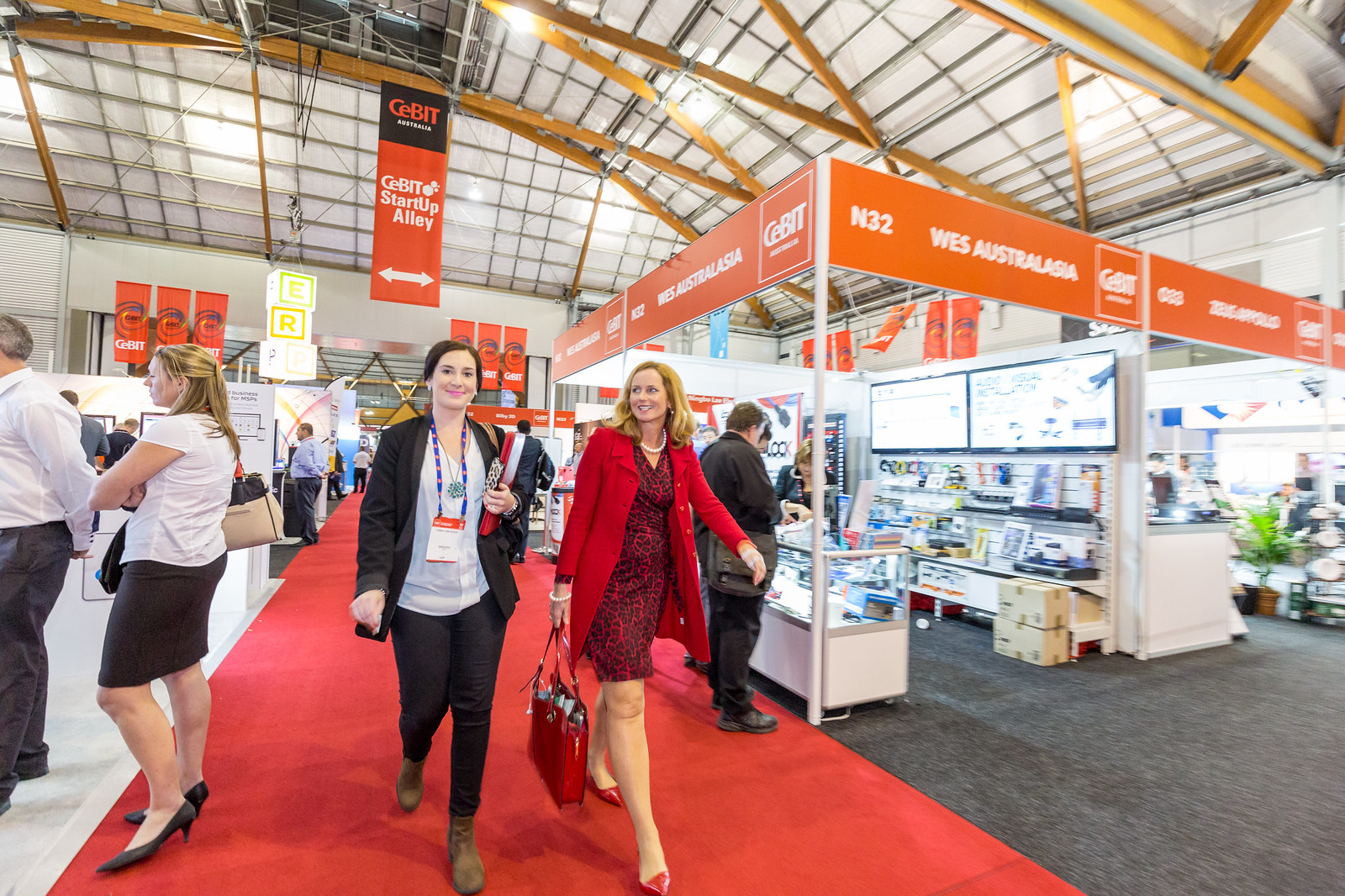 I attended the CeBIT Expo at Sydney’s Darling Harbour this morning.

While there wasn’t a lot that caught my eye in terms of e‑learning (it is an IT event after all), I liked the look of these tough little tablet PCs that were being demonstrated by Motion Computing.

They look perfect for “on the go” kind of work, and I’m pondering their potential for m‑learning in rough environments – you know, open‑cut mines, construction sites, sales people’s cars…