I’m both a science nerd and a history buff, so naturally I’m fascinated by the history of science.

When I visited Bern several years ago, the Museum für Kommunikation was at the top of my “to do” list. This captivating institution is dedicated to the history of technology-mediated communication, from the cuneiform tablets of the Sumerians, through the gamut of the postal service, telephony, telegraphy, radio, television, computers and the Internet. Upon my return from Switzerland I eagerly blogged my highlights from the museum.

More recently, I’ve just come back from a trip to the UK, where of course I continued my exploration of geeky curiosities. I was delighted to have discovered three excellent museums, from which I will now share some of my highlights.

My first discovery was the Museum of the History of Science in Oxford, which houses “an unrivalled collection of early scientific instruments”. Indeed this institution houses a wide diversity of vintage apparatus – from microscopes to telescopes, abacuses to astrolabes.

I think the strength of this collection is the sheer age of some the artefacts, such as the spring-operated prosthetic hand (Figure 1) which is thought to be from the 1500’s! 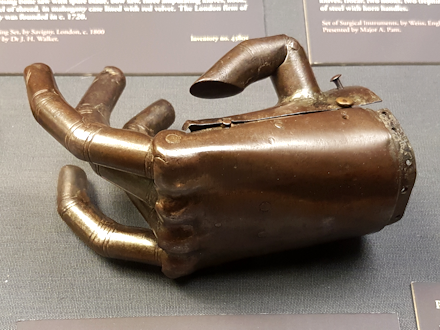 My second discovery I wish to share with you, which I’m ashamed to admit wasn’t originally on my “to do” list, was the Science Museum in London. Tight for time, I had bigger fish to fry, but my good friend in Kensington urged me to visit this place a mere tube stop away. And boy I’m glad I did.

If the Museum für Kommunikation and the Museum of the History of Science are impressively stocked, the Science Museum is the mother lode. I could have spent days poring over its expansive collection, and I intend to return to do so.

I think the strength of this collection is the sheer fame of some the artefacts. For example… 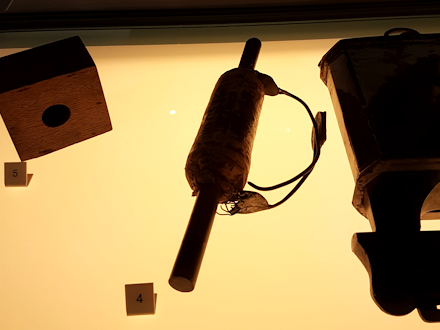 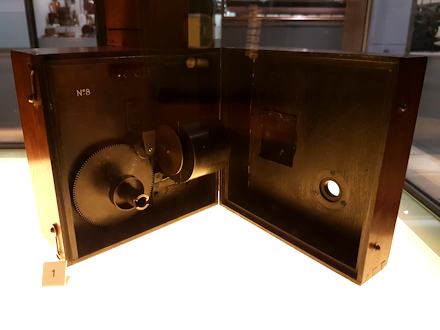 Figure 3. Lumière Cine-Camera and Projector, 1896 – the type of camera which recorded that ground-breaking footage of a train arriving at La Ciotat. 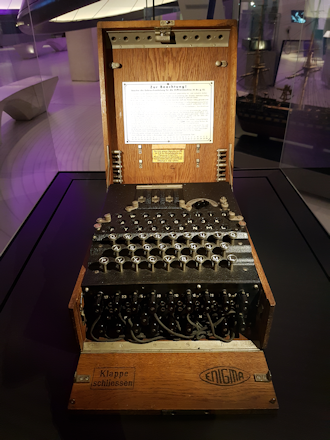 Figure 4. Enigma Machine, 1934 – a suitable corollary to Faraday’s magnet and coil, this ingenious electromagnetic device needs no introduction for anyone who’s watched The Imitation Game or The Bletchley Circle. 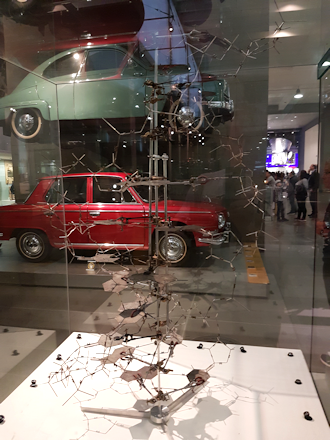 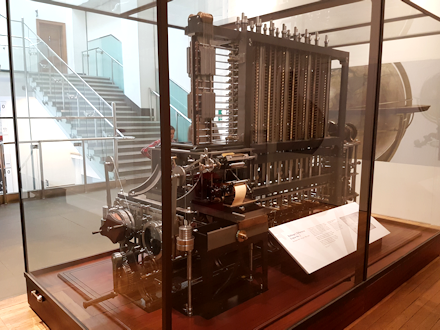 My third and final discovery I wish to share with you was the Wellcome Collection, yet another destination which was inexplicably omitted from my “to do” list. The only reason I visited it was because my wonderful wife pointed it out as we were walking past.

This institution founded by pharmaceutical magnate Henry Wellcome specialises in human health. Hence I think the strength of this collection is focus, particularly the “Medicine Man” exhibition including the following array of medieval surgical equipment (Figure 7). 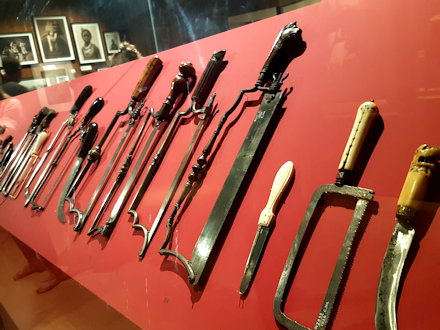 There’s just so much good stuff in these museums, highlighting more would make this blog post a mile long and might breach some sort of copyright regulation. For more of their artefacts, including several that are relevant to financial services, follow me on Twitter where I’ll post them over the course of the next week or so.

Unlike the “vintage future” whereby people of the past predicted a largely fanciful civilisation, each of the objects I have highlighted here offered a glimpse of our real future. In their respective moments in time, they weren’t theoretical constructs or figments of imagination; rather, they were manifestations of advances in technology upon which further advancements were rendered possible.

Which begs the question: What will be our next advances in technology, given the manifestations we see in this moment in time?

While we await our brave new world, I hope you have the opportunity to visit the museums I have mentioned and embrace your journey back to the future.

While I was in Europe for Didacta last month, I took the opportunity to visit Bern in Switzerland.

The Swiss capital is both beautiful and odd. (I mean that in a good way.) The town centre is medieval, the people speak a peculiar dialect of German peppered with French, and a riverside park at the edge of the old town houses a couple of real-life bears!

Apart from all the other touristy stuff, one of the things I did was visit the Museum für Kommunikation.

And I’m glad I did. I was genuinely surprised by the quality of the artefacts on display.

The permanent collection spans the history of technology-mediated communication, from the cuneiform tablets of the Sumerians, through the postal service, telephony, telegraphy, radio and television, to computers and the Internet.

If you find yourself in Bern, I highly recommend you set aside at least a couple of hours to devote this museum. It’ll be well worth it.

In the meantime, please enjoy some of the highlights that I have shared with you below…

Figure 4. Vintage televisions. Out of shot is a unit that was used at the National Exposition in Zurich in 1939, which was the first time TV was presented to the Swiss public.

Figure 6. DuMont 303 oscilloscope, circa 1950. This oscilloscope is similar to the one that was used to demonstrate the world’s first computer game, Tennis for Two, at a US research lab in 1958.

Figure 8. PDP-8/E minicomputer, Digital Equipment Corporation, 1970. At less than $20,000, the PDP-8 series was the first that medium-sized organisations could afford to purchase.

Figure 9. Apple-1, Apple Computer Company, 1976. The first personal computer with a fully assembled circuit board to which a keyboard and display unit could be attached.

Figure 10. Scrib, Bobst Graphic, 1979. A portable computer designed for journalists. It was equipped with an acoustic coupler so that text could be transmitted over a telephone line.

I’m a big fan of the Powerhouse Museum.

In a world in which everyone loves to bang on about emerging technology, relatively few ever do anything about it. The PhM, however, has the guts to give it a go.

So I was excited to stumble upon their Augmented Reality browsing of Powerhouse Museum around Sydney app for Apple and Android.

I love history, I love augmented reality, and I own an iPhone – so a combination of all three proved irresistible.

Unfortunately, though, I was a little bit disappointed.

Exciting initiatives should have a catchy yet self-evident title to attract users like bears to a honey pot. However, Augmented Reality browsing of Powerhouse Museum around Sydney is boring and clunky.

I’d prefer something like Pocket Time Machine: An augmented reality tour of Old Sydney. A bit cheesy, I know, but a lot more interesting.

2. The app focuses on south CBD and the inner west

As the first European settlement on the continent – with a rich indigenous history – Sydney is teeming with sites of historical significance. However the app conspicuously misses the most obvious ones (eg Sydney Harbour Bridge, Sydney Opera House and the AMP Building).

Of course you have to start somewhere and the PhM website does promise a new version, but it refers to contemporary photography and gamification. I’d rather they expand their range into The Rocks and Circular Quay.

Since the app is built on the Layar platform, it connects to Google Maps. Select the “i” icon at the relevant location and a photo pops up from the museum’s collection showing you what it looked like 100 years ago. This functionality is excellent, and frankly it could stand alone.

The augmented reality component comprises those floating “i” icons, which you’re supposed to select as you hold your device in front of you. Plainly speaking, they’re annoying:

There are too many of them – which is confusing;

They are difficult to select – which is frustrating; and,

They have a tendency to get in the way – which defeats the purpose!

In short, the augmented reality component is redundant.

All is not lost

Of course, there is an alternative to abandoning augmented reality.

I suggest PhM follows the lead of the Museum of London and leverages the technology more fully. How? By laying the old photos over the real background.

This is what edtech is all about: transforming the educational experience.

Put a map on a smartphone? A crumpled tourist map is just as good; Plug in some photos? Nice touch, but those can be printed too; Lay century-old photos over the modern world in real time? Now that’s novel.

Even better, why not complement the visual with narration to provide a richer multimedia experience?

As you would have gathered earlier, it is not my intention to pick on PhM. On the contrary, I salute them for having a red-hot go at something new.

Having taken the first step, they have earned the right to sit back and evaluate their app, with a view to making it even better the next time around.