So the Russians want to build a research base on the moon, and they want NASA and the European Space Agency to help them.

Anyone who has read Off The Planet by Jerry Linenger knows that this idea has about as much chance of getting up as Vladimir Putin has of winning American Idol.

Linenger knows better than most: he spent 5 months on Mir. Despite the years of training and the millions of dollars poured into the program, he and his two cosmonaut colleagues had to rely on their collective ingenuity, tenacity and sheer luck to remain alive.

Endangered on a daily basis by the incompetence of the Russian Federal Space Agency and the political expediency of the US Government, he was caught between a rock and a hard place – while floating between the third rock and outer space. 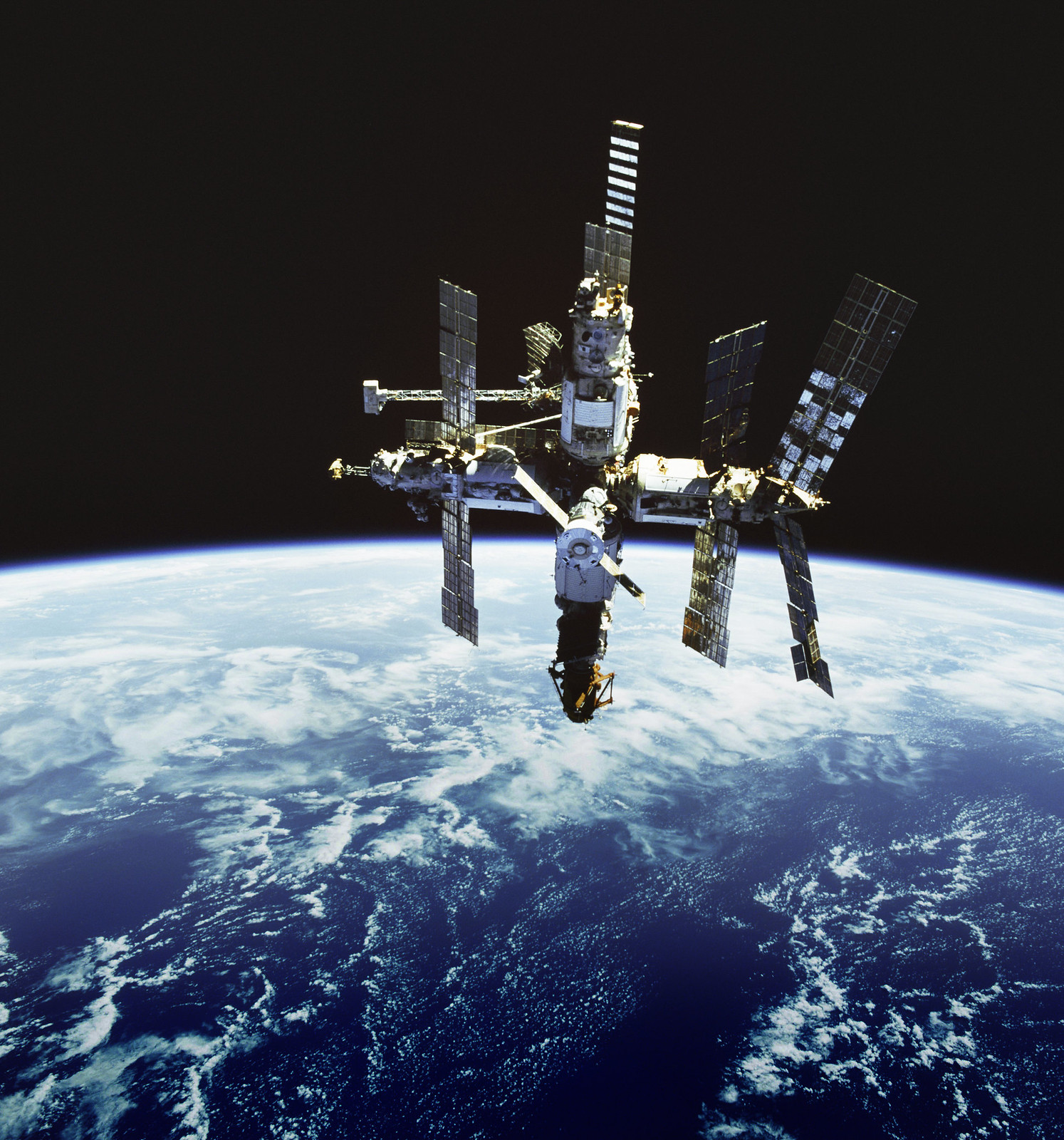 One of the most shocking parts of the story takes place in Star City – the cosmonaut training compound located outside Moscow. Linenger was sitting in a classroom, struggling to interpret both the Russian language and the technical complexity of the subject matter…

My only saviour was oftentimes an outdated, hand-drawn engineering diagram hanging in the classroom beside the instructor’s blackboard … During many of my one-on-one lectures, I would block out entirely what the instructor was saying and memorize the diagram hanging on the wall. The diagrams themselves were outdated — showing only the original configuration of the Mir and not the myriad modifications made over the eleven-year lifespan of the station — but so were the lectures. Most of the instructors looked as if they had been teaching the subjects since the time of Yuri Gagarin. They had not kept abreast of the changes on Mir.

Furthermore I had the impression that my understanding the material presented was almost irrelevant to the lecturer. What was important was that they got through the canned lecture word for word, just as they had for the past ten years.

What struck me as different about the training sessions, as compared to all the schooling I had ever received, was the lack of written materials or handouts. All of the material was presented orally … instructors realized that their job security, to a large extent, hinged on their knowledge of a system or component of the space station. Write the information down and their corner of the market would be lost.

For a fledgling language student like myself there is no more difficult way of learning space systems than by lectures delivered entirely in Russian … I learned very little during the 4:00PM to 6:00PM lecture time-slot, other than how to appear attentive while daydreaming. I spent much of my time asking myself, “What am I doing here?”

And yet it gets worse…

After hearing pleas for assistance from every astronaut training in Star City, NASA shuttle-Mir program managers finally sent over American trainers to help produce some translated, written materials … The Russians were uniformly uncooperative … The goal of helping cosmonauts and astronauts better prepare for a mission was not a shared goal.

The Russians were being paid to train the American astronauts. Each minute of training was paid for. If written materials — clear, understandable, and readable — were made available, we would eventually require less instructor time. Less time, less money. The Russians finally agreed to at least explore the possibility of making training manuals, but insisted that they be paid handsomely for their “vast knowledge and experience”.

Linenger goes on to describe the continuing obstructiveness of the Russian administrators, their exorbitant fees to accommodate minor requests, his interrogation-style exams, the futility of his complaints, his frustration over the lack of change, and how the astronauts on a subsequent mission threatened to leave Space City en mass.

If you think I’m just picking on the Ruskies, you’re missing my point. Some of my best friends are Russian.*

* To be read as per Tallulah Bankhead in Hitchcock’s Lifeboat.

On the contrary, I could write a book about all the parallels I can draw between Linenger’s mission and the state of education in the West today. I’m thinking along the lines of:

If you haven’t read Off The Planet, I highly recommend you do so.

Furthermore, I challenge you to apply Linenger’s experiences to your own working environment, and to consider how you can effect positive change.