Aviation is a good sport, but for the army it is useless.

So declared General Ferdinand Foch in 1911, merely 3 years before the outbreak of World War I.

To be fair, we shouldn’t forget the context in which the statement was uttered. It wasn’t even a decade since Orville Wright managed to keep his engine-powered Wright Flyer in the air for 12 seconds.

By the end of the year, however, the Italians were already using aeroplanes for reconnaissance and bombing raids in their war against the Turks in Libya. Aeroplanes were used extensively for reconnaissance by both sides in the early years of World War I, with opposing pilots even waving to each other in gentlemanly fashion.

Sure enough, this behaviour was soon replaced by the pilots throwing bricks and grenades at each other, then firing handguns, then operating mounted machine guns. 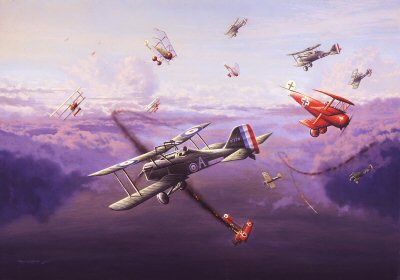 Today, of course, aeroplanes are a critical component of warfare. They are used for close air support, air interdiction, strategic bombing, interception, military escorts, transporting people and cargo, and even distributing propaganda.

Of course, I don’t accuse the good general of stupidity. He simply lacked imagination.

Foch struggled to make the mental leap from what contemporary aircraft was being used for, to what it could be used for – particularly in terms of advancing technology.

Are we any more imaginative today?

Unfortunately this kind of thinking has not been lost in annals of history. It’s alive and well in modern corporations, perhaps most conspicuously in relation to social media.

Many executives still don’t “get” social media. They see their daughters dilly dallying on Facebook; they hear their sons laughing at skateboard crashes on YouTube; they read about Charlie Sheen attracting 1 million followers on Twitter in a single day; and they learn about lonely hearts finding true love on Second Life – only to meet in real life and promptly break up.

No wonder they think it’s crap!

But don’t let them off the hook that easily. Help them make the mental leap from what social media is currently being used for (at least in their world) to what it could be used for – particularly in terms of customer service, sales, marketing, public relations, communication, engagement, collaboration and innovation.