Do you think Twitter is a self-indulgent waste of time? You’re not alone.

But like most things in life, it all depends on your perspective.

How would you describe Twitter to the uninitiated, in 140 characters or less?

My initial reply was…

And of course it is.

But then David asked me a probing follow-up question…

Yes, it can be used as personal message board, but is that good for education when we have a VLE for that kind of activity?

To which I replied…

Ah, from an edu perspective: Twitter is a real-time peer-to-peer knowledge sharing forum…?

And there-in lies the point: Twitter can be whatever you want it to be.

If Twitter users want to be insular, narcissistic and boring, they certainly can be. On the other side of the coin, however, they can also be sharing, fun and interesting.

Personally, I find Twitter indispensable for peer-to-peer knowledge sharing. I don’t bother tweeting that I’m having a cup of coffee on Bondi Beach – who cares! Instead, I tweet about the enlightening article I found on the web, or the informative video clip that I watched on YouTube, and I follow others in my industry who do the same.

It’s an international CoP hosted by the Twittersphere.

I even added a link to my favourite Hugh MacLeod cartoon: 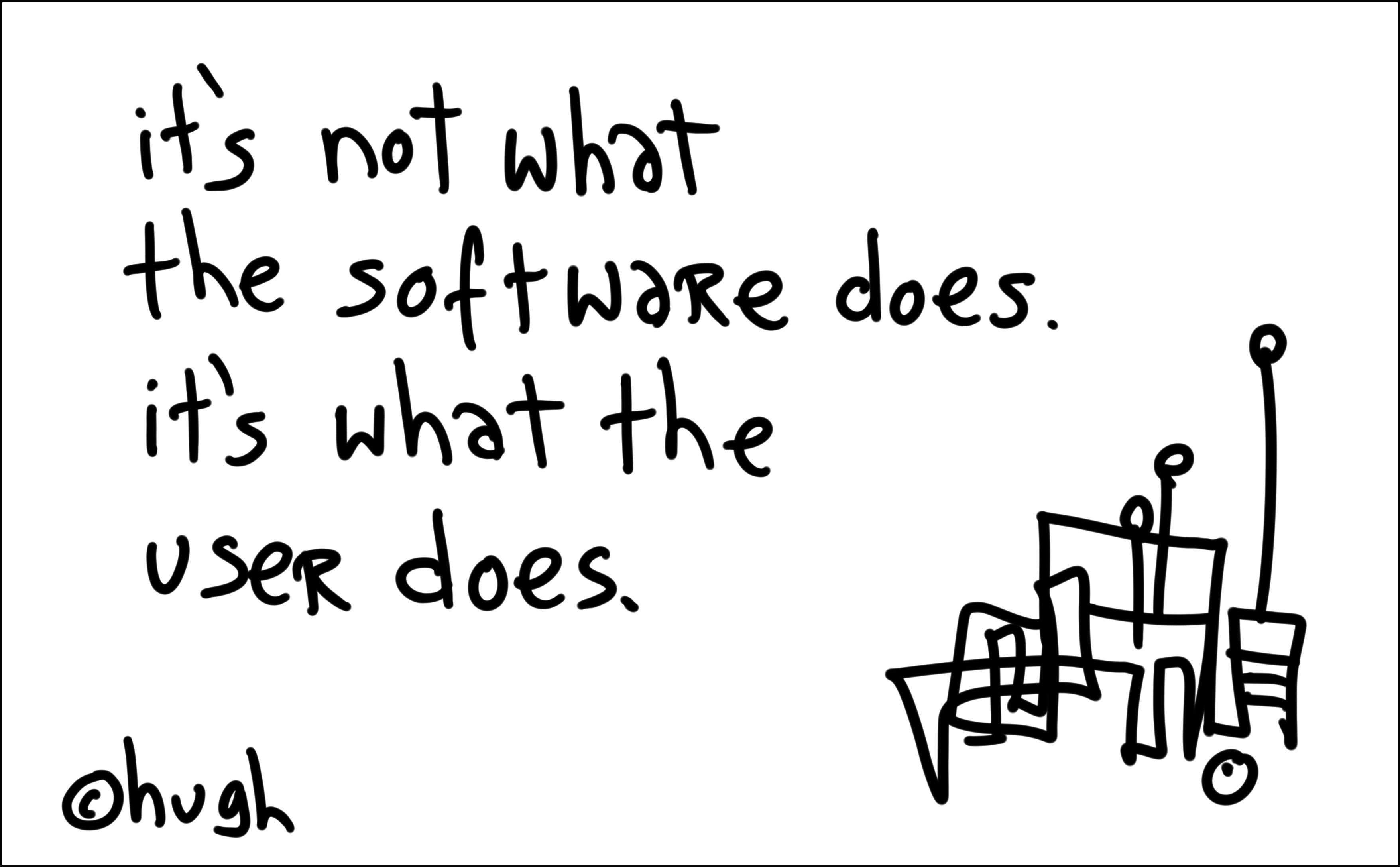 Translation: It’s not what Twitter does, it’s what the tweeter does.

This is where I think twibes can prove useful.

I define a “twibe” as simply a group of tweeters who share a common interest.

On the face of it, a twibe seems like just another redundant label. But a twibe can fulfil an important dual role:

I would argue that both roles further Twitter as a peer-to-peer knowledge sharing forum.

So why not join a twibe today?

If e-learning is your thing, why not join:

And why not found a twibe? Perhaps:

Keep me in the loop!