Some commentators are heralding open badges as the nemesis of the college degree. I don’t quite see it that way.

It is true they are uneasy bedfellows. As Mark Smithers observes…

“It’s interesting that the reaction to open badges from senior academic managers is often to dismiss them as being child like and akin to collecting a badge for sewing at scouts.”

“I also suspect that traditional higher education providers will resist providing them because they don’t fit in with traditional academic perceptions of achievement and credentialing.”

I wonder if these academics have consulted their own faculties of education?

Of course, open badges and college degrees are not mutually exclusive. If a particular university can overcome its initial prejudice, it will see badges for what they really are: representations of achievement – just like those pieces of paper they dole out at graduation ceremonies.

There is no reason why a university couldn’t award a badge upon the completion of a degree. In fact, it could also award badges upon the completion of individual subjects within the degree. That would give the student a sense of accomplishment while in the midst of a multi-year program, and I imagine showcasing one’s backpack on the university’s VLE would become rather competitive. 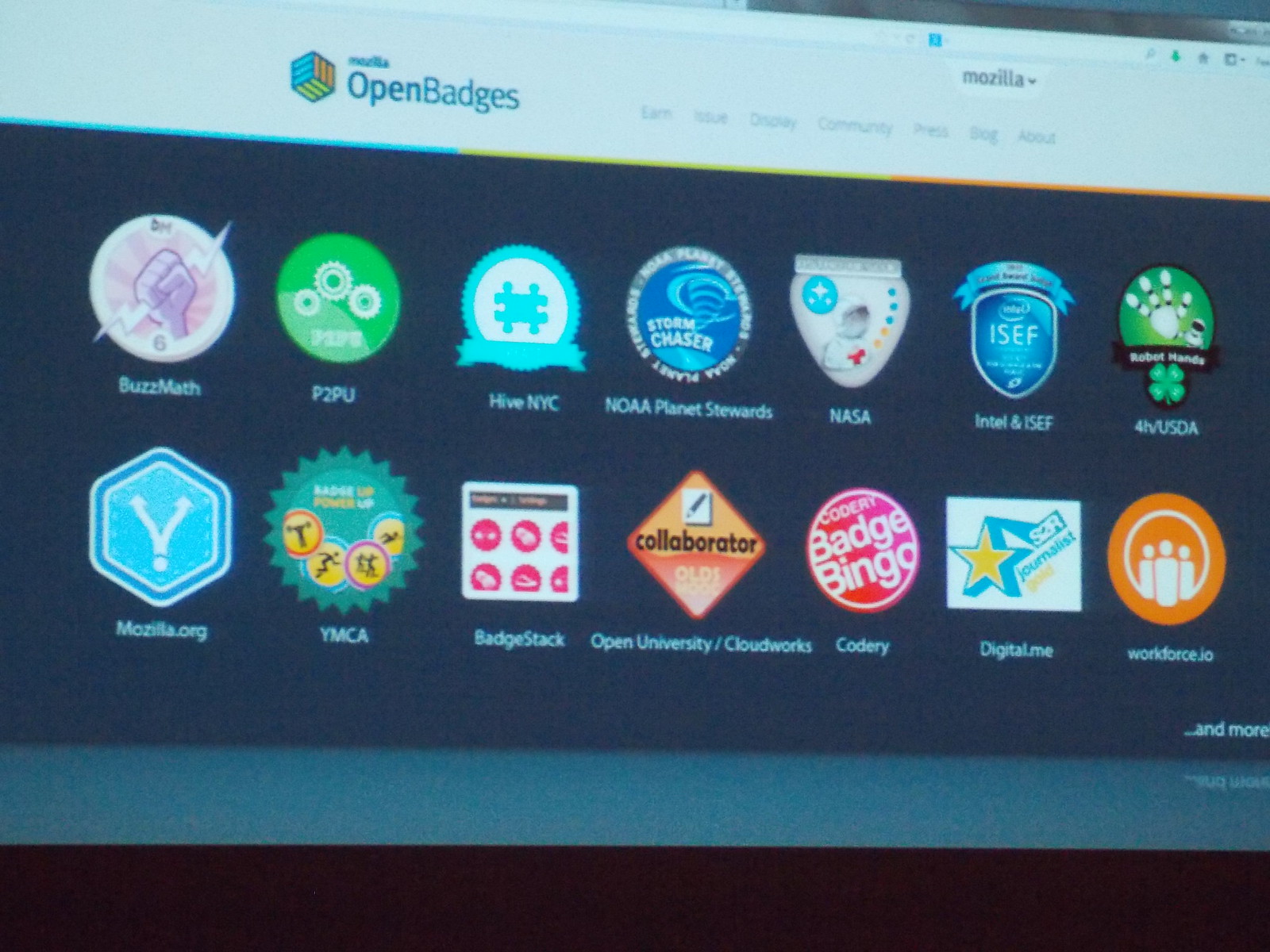 Speaking of competition, I don’t see open badges as a serious disruptor of the higher education system in the way that MOOCs are. And that’s because MOOCs are disrupting the delivery of education, rather than its credentialing.

A degree will always command a certain level of gravitas. It represents a structured, comprehensive education from – according to broader society – an elite bastion of knowledge and research. In short, it equips you with the intellectual foundation to do something in that domain.

In contrast, open badges are task oriented. Beyond the nebulous notion of “study”, they recognise the execution of specific actions. For example, Mozilla issues its Div Master Badge upon successfully using the div tag at least 2 times in its Webmaker Project.

If the task were passing an exam, the badge could indeed represent the acquisition of knowledge; but the spirit of open badges dictates that the task be performed in the real world, and hence represents the mastery of a skill. And this is meaningful to the corporate sector.

For example, if I were an employer who needed a graphic designer, I would seek someone who knows how to take awesome digital photos and edit them in Photoshop. So an applicant who has earned badges for digital photography techniques and advanced Photoshop operations would be an obvious candidate.

Yet if I were seeking a IT executive, I don’t think open badges would cut the mustard. Sure, badges earned by an applicant for various Java programming tasks might be attractive, but a wide-ranging role requires the kind of comprehensive education that a degree is purposefully designed to give.

When we look at learning through the lens of the college degree, we see its application in the future tense. The learner has a well-rounded education which he or she intends to draw from. In other words, the degree recognises something you can do.

In contrast, when we look at learning through the lens of the open badge, we see its application in the past tense. The learner has demonstrated their mastery of a skill by using it. In other words, the badge recognises something you have already done.

So the degrees vs badges debate isn’t really about the latter displacing the former. The emergence of badges is merely re-roasting the same old chestnut of whether degrees are necessary for the modern workplace.

And that’s an entirely different matter.

34 thoughts on “The past tense of open badges”